At the May Annual Meeting of Ripley Town Council, a new Mayor was elected for the ensuing year.
Councillor Nigel Weaving was unanimously voted in by his peers to become Mayor of the Ripley Township until May 2023.
The new Deputy Mayor is Councillor Paul Lobley.
Councillor Weaving lives in Ambergate with his wife, Phyllis who will be his Consort.
As a stroke survivor, Councillor Weaving has chosen to support Amber Valley Stroke Club and Derbyshire Air Ambulance with his fundraising efforts over the next year.
He retired from the laboratory service of the NHS in 2010 and moved to Ambergate in 2012. Growing up in Sheffield, Derbyshire was his playground and he and Phyllis brought their children here as much as
possible. They have three adult children and five grandchildren.
Councillor Weaving wanted to be a Councillor to help the community and maintain the quality of life, for local people. He is a diligent litter picker in the Ripley Township and reports any problems encountered to the relevant authorities. Councillor Weaving is a Trustee of the Heage Windmill Society and a Treasurer of the Bullbridge and Sawmills Area Civic Society. 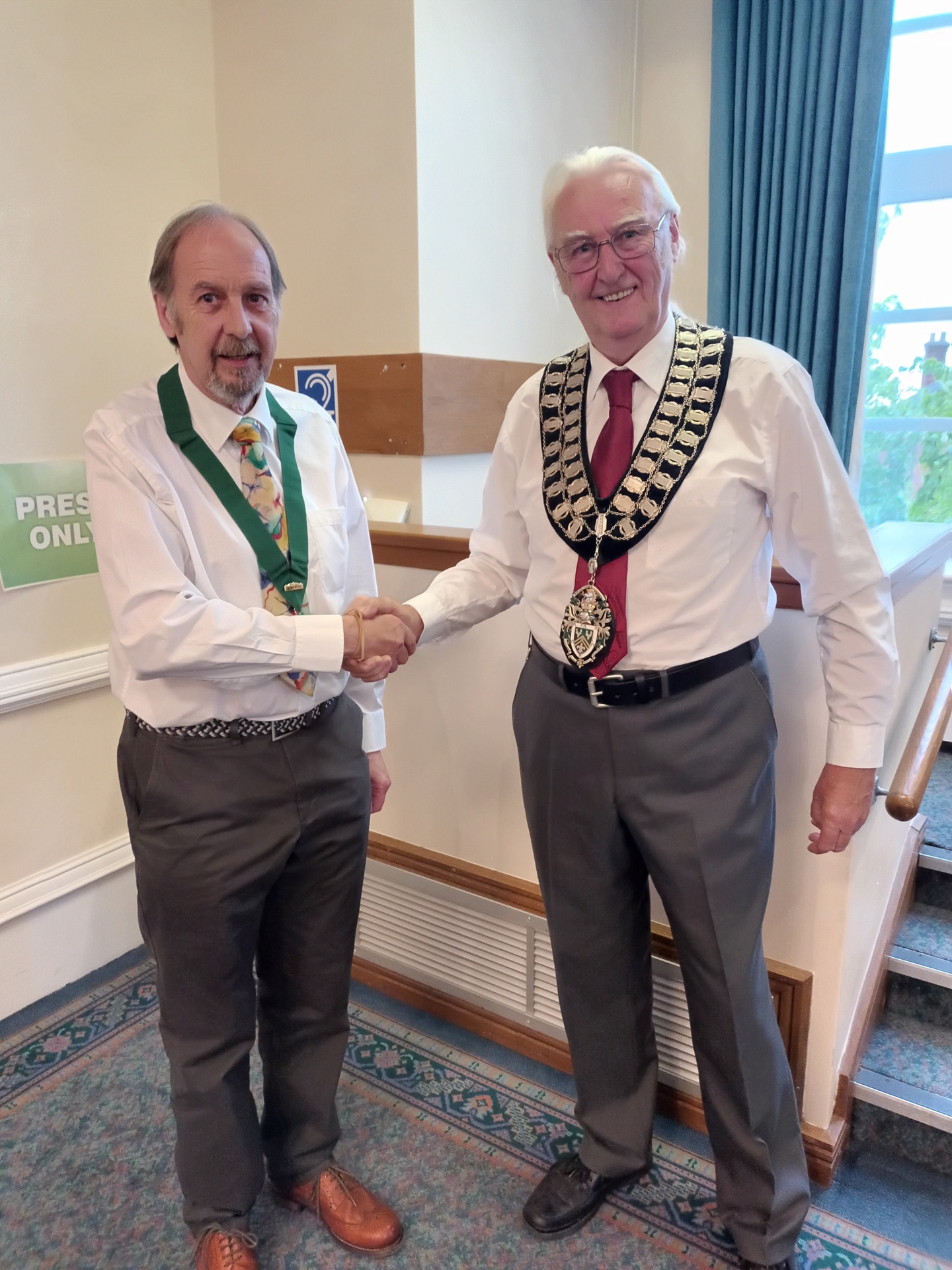